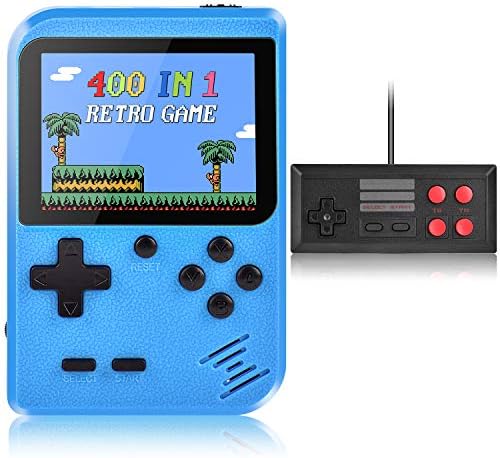 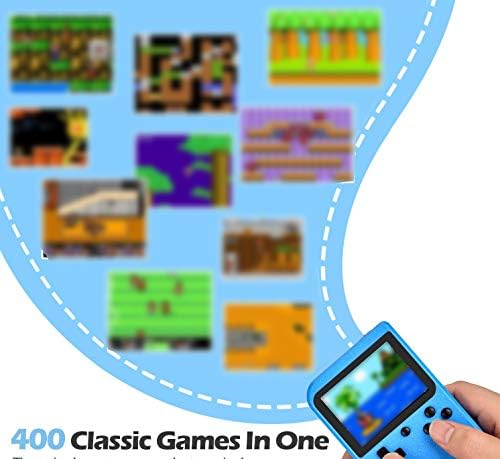 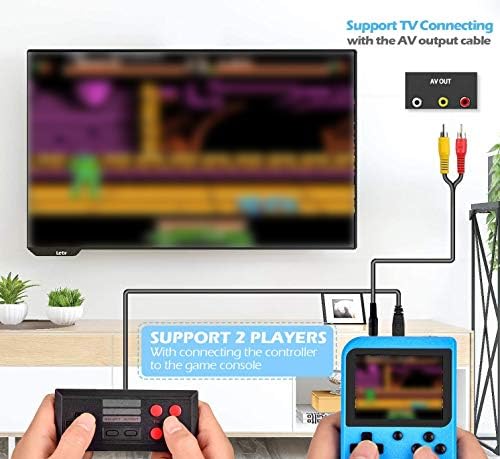 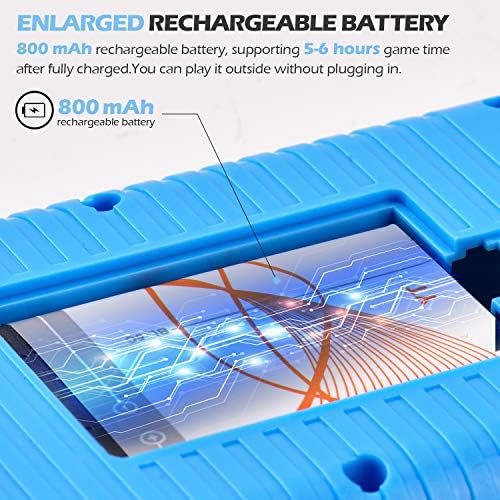 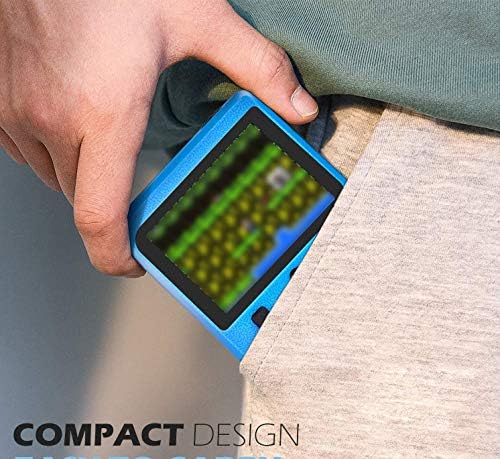 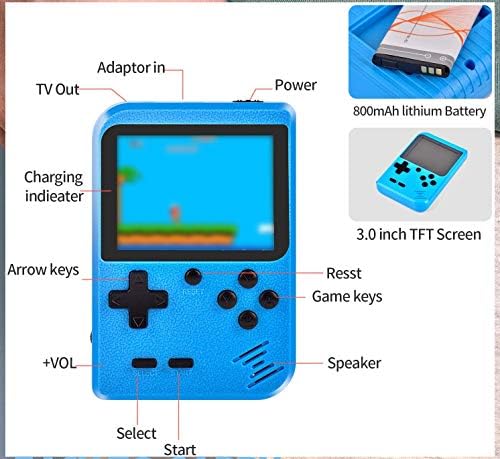 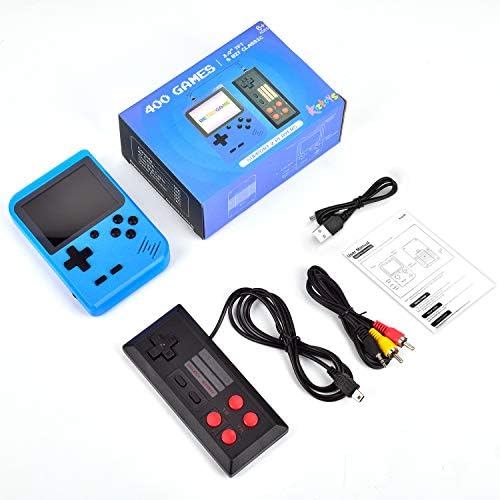 1.You may find a few repeated games inside, that is because the games are different versions and have various features.

2.This game console does not have the function of saving the progress of the game. When you quit the game, all progress will be clear.

3.Tips for the TV connection

1)If you want to play on television, please make sure your TV is able to connect with AV OUTPUT cable before you purchase.

2)The handheld game console can only support those television with NTSC system. Please know that and check your television system if you want to use the TV connection function.

🍅 【400 Classic games, fun for kids & adults】 The handheld game console has 400 built-in classic handheld games, like action, sports, racing, shooting, fighting games and etc., not only bringing the funny game time to children, but also waking up the wonderful childhood memories to the 80s and 90s adults as well as releasing their life pressure.
🌷 【Support 2 players】 The other game controller, included in the package, allows two people to play at the same time and brings interaction to the players, that is helpful to steady the relationship between brothers & sisters as well as parents & children. (Note: The wired controller only works for controlling the 2nd player in 2-player games, it doesn’t work in 1-player games. The 1-player games are controlled by the buttons on the handheld game console.)
🍭 【Allow to connect to TV】 You can even connect this handheld game console to the television with the AV output cable, to display the real-time game picture to the TV screen, and experience the fantastic game vision.
⚽ 【Portable game player】 It is portable and easy to carry this mini game player in the pocket or bag with its fairly compact design, so that you can have fun at anytime and anywhere.
🌱 【Rechargeable & long battery life】Built in 800 mAh rechargeable battery, it supports long time game playing up to 5-6 hours after fully charged. You can play it outside without plugging in.

There are no reviews yet.

Added to wishlistRemoved from wishlist 0
Add to compare

Added to wishlistRemoved from wishlist 0
Add to compare
$369.95

Shopyfynow participates in the Amazon Services LLC Associates Program, which is an affiliate advertising program designed to provide a means for websites to earn advertising fees by advertising and linking to amazon.com

Affiliate Disclosure: As an Amazon Associate, we may earn commissions from qualifying purchases from Amazon.com. You can learn more about our editorial and affiliate policy.